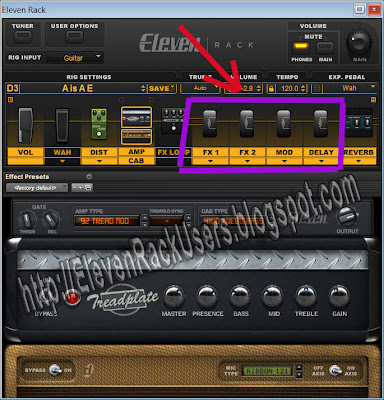 If you have purchased an Eleven Rack and it included Pro Tools 9/10 and the ERXP (Eleven Rack Expansion Pack) a.k.a. Firmware 2.0.1 pre-installed, and you are wondering why the Amps, Effects, ect... that were added by the ERXP are not showing up in the Eleven Rack Editor Window in Pro Tools

OR perhaps you had previously installed the ERXP, and everything was working fine in Pro Tools, but you upgraded Pro Tools to another version, or you uninstalled Pro Tools and re-installed, or you upgraded to a new OS or new computer and installed Pro Tools; and upon opening the Eleven Rack Editor Window you no longer had access to the ERXP Amps or effects and the normal picture icons were replaced by the 'coil' icons as seen above......

The problem is that, currently, Pro Tools does not install the needed User Interface (UI) files for an updated Eleven Rack to display properly in the 11R Editor Window. What is installed are the OLD UI files that have been included since Pro Tools LE 8.0.1 - but these files do not contain the information for the items added by the ERXP - they only contain the information for the standard Amps, Effects, cabs, ect... that were included when the Eleven Rack was first released in 2009.

But there is a solution!

(*as of Pro Tools 10.1 and higher, the ERXP UI files are included with your Pro Tools install)

The first thing you need to do is confirm your Eleven Rack is updated to Firmware 2.0.x 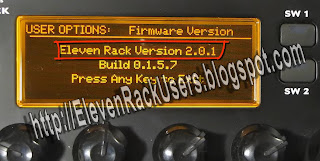 Instructions on how to check the Firmware version of your Eleven Rack are in the following video:

The FIRST portion of the ERXP install is what inserts the new UI files into Pro Tools so the 11R Editor Window can properly show the Amps, Effects, Cabs, ect... that were added by the Eleven Rack Expansion Pack (Firmware 2.0.x)

So in order to run the ERXP, you need to have access to it. If you had purchased the ERXP to update your old Eleven Rack, then you should have access to the ERXP download in your AVID account.

You can watch the following video for detailed instructions on how to install the First section of the ERXP:

After you have updated Pro Tools with the new UI files, open Pro Tools and everything should now be displaying properly. 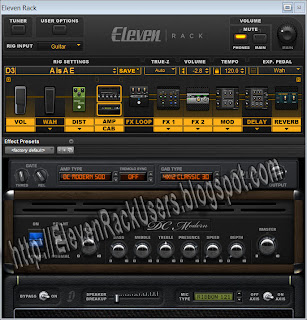 Driver Downloads and Updates for Pro Tools and Standalone

Everything is provided for free. Donations help to keep the content free.

What Features Does A New Eleven Rack Need?